A large project has been completed this month. We have made a series of world maps in three very different versions. It concerns a political world map, a physical world map (heights) and an environmental map. With the political world map, the emphasis is obviously, states (countries) that are represented in different colors. The physical map shows the heights and of course also a lot of political information but less prominently displayed. The environmental map is based on the climatic classification according to Köppen. More about these last 2 maps in the following blogs. 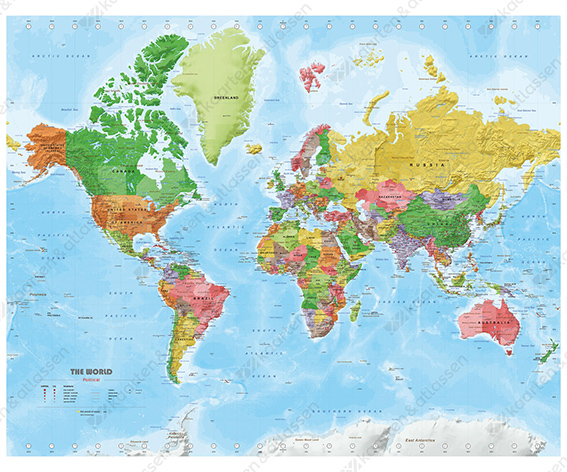 The medium version 120x80cm of the political world map

The special feature of the map and of the entire map-series is that we now easily can convert the maps into another projection, be able to carry out translations relatively easily and be able to place external data directly in the map.The political map is made to be printed on 3 basic formats that show more or less details depending on the format. The basic sizes are 80x60cm, 120x80cm and 180x150cm. Of course, "own" sizes are also possible here. 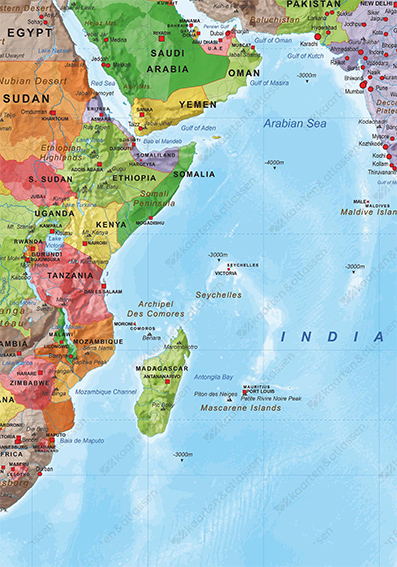 As you can see on the detail image, the map has a shaded relief so that the surface is also displayed. All provinces/states are shown in different shades, giving the map a more lively appearance. A map series with lots of possibilities. More about this in the next blog.

You can order the jpg version of this map on our website the world of maps. The eps version can be bought only after personal contact with our company, you can mail us.